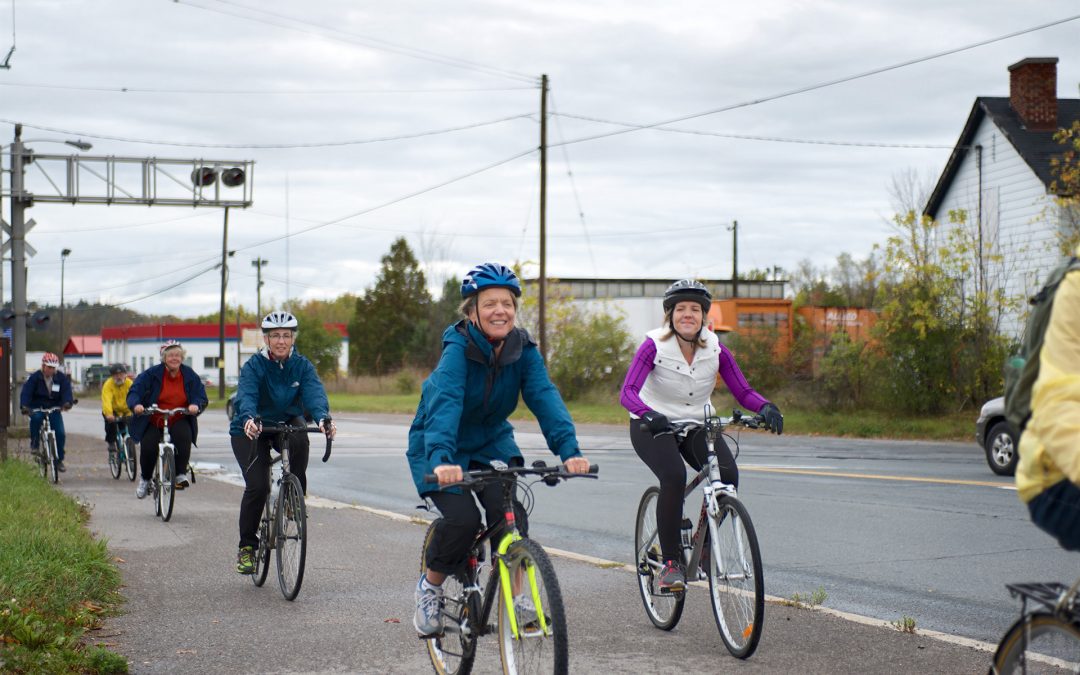 The Peterborough Bicycle Advisory Committee conducted a survey of local people interested in cycling to find out how safe and welcome they feel cycling in Peterborough. The Committee works to make the city and county more bike friendly, so they wanted to see where we are at, what is working well, and where we need to improve the most. The on-line survey was conducted in the fall of 2017 and there were 560 responses.

Of the open-ended responses, the need for on-road protected and connected cycling infrastructure was the most prominent comment. When asked, where would you like to see new infrastructure, the top 4 location based answers were:

Interestingly, many people said complete streets or protected bike lanes as their answer to the question about where they would most like to see new infrastructure, which seems to indicate a desire for an overall connected bicycle network that feels safe. The two-way protected bike lane on Brealey Drive near Fleming College, shown in the image below, was constructed three years ago and is an example of bicycle friendly infrastructure on a busy street. 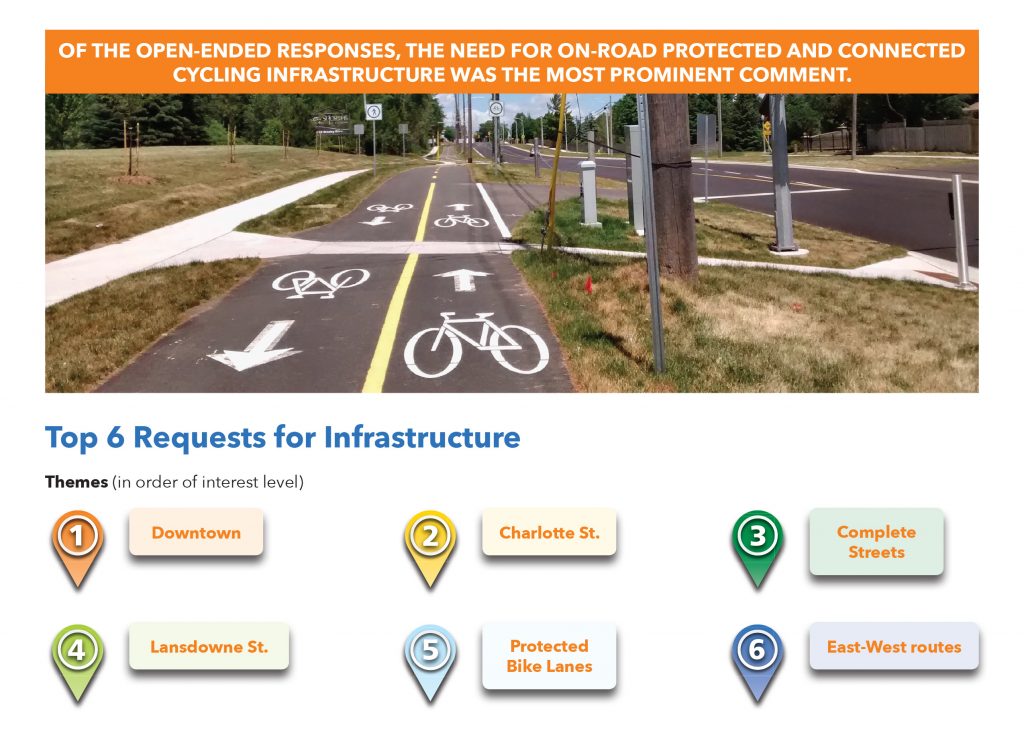 This is an example of what protected cycling infrastructure looks like in a downtown. 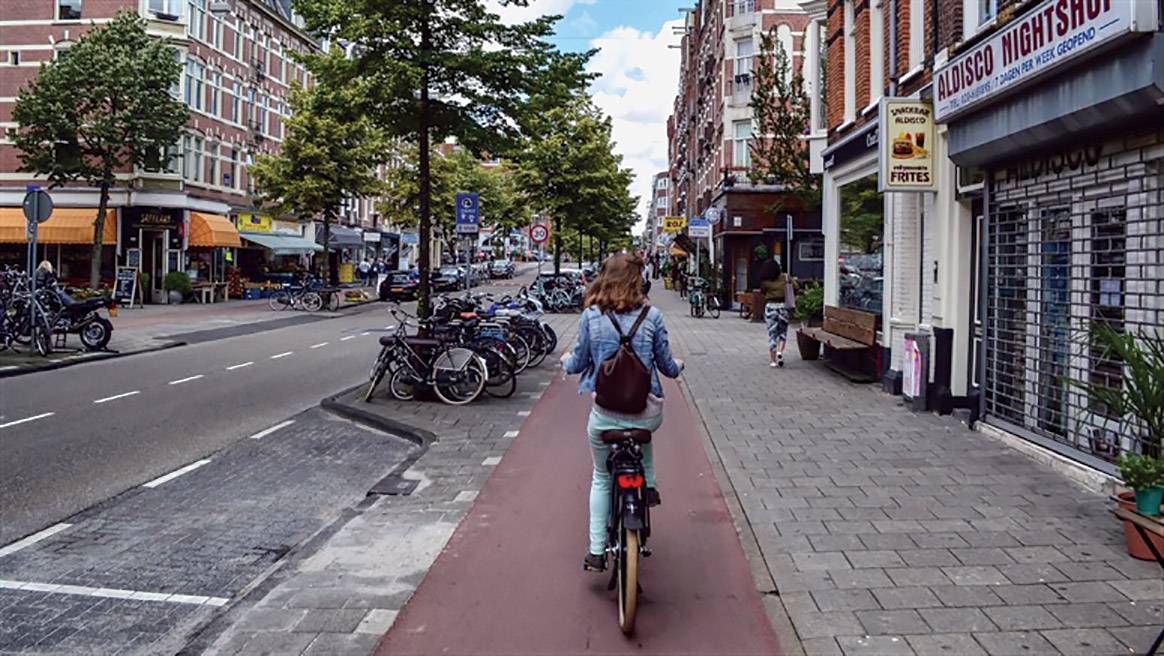 The survey also revealed that 75% of respondents said that there is a trail or bike route they can get to easily from their home. This is encouraging because providing connections for bicycles between where people live and where they want to go is key for people wanting to ride their bicycle more.

The majority of respondents to the survey live in households that have two or more vehicles, debunking the myth that there is strong animosity between people that cycle and people that drive vehicles. Many people do plenty of both cycling and driving!

Through the survey, the Peterborough Bicycle Advisory Committee hopes to raise awareness of what needs to be done to make Peterborough more bicycle friendly. For the full report, please click here.

The Peterborough Bicycle Advisory Committee is a multi-stakeholder group working to foster a culture of cycling in Peterborough City and County. P-BAC co-hosted the recent Shift into Summer event and is a voice for cyclists locally.